PlayCanvas supports importing models with their meshes as a hierarchy of entities in the scene. This allows you to edit the different meshes directly in the Editor. Components can be added, attach other entities, move/rotate/scale entities in the hierarchy etc.

How to enable  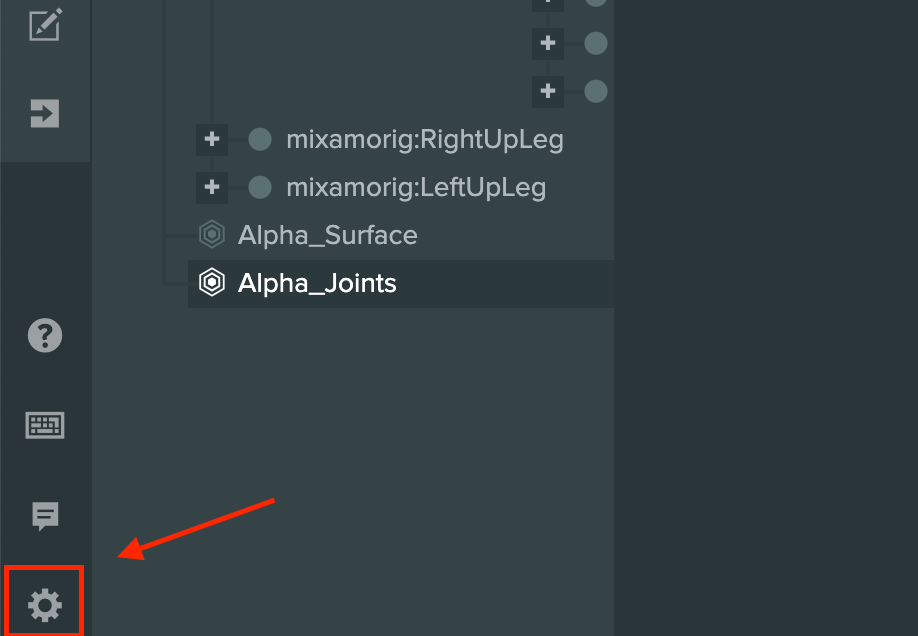 Scroll down to 'Asset Tasks' and enable 'Import Hierarchy': 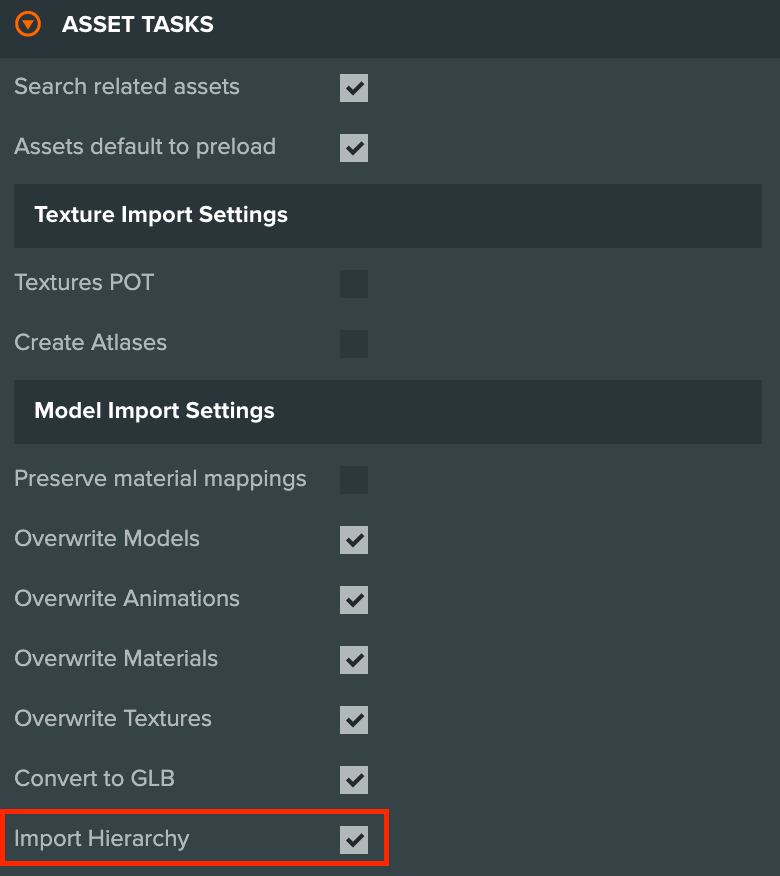 Drag the model file into the 'Assets Panel':

The following assets will be created when imported:

As the hierarchy is created as part of a template, when a model is updated it may affect the template instances in the scenes.

Added components to entities in the template will be kept during the update unless the mesh instance that the entity represents no longer exists in the updated model.

How the Editor decides what is a new or removed mesh instance is done by the following:

This site is translated by the community. If you want to get involved visit this page