In December 2020, it was announced that legacy script projects would be made read-only in the near future. When you open one in the Editor, you will see the following message in the project dashboard:

And the following message in the Editor:

If you want to continue to work on legacy script projects, we recommend that you migrate them to the current format. Unfortunately, there is no automated migration process for this. Instead, it is a manual process, but this guide will walk you through it.

We will begin by creating a new, blank project to transfer assets and code into. Delete the four entities created by default below the scene root entity.

Next, copy all assets to your new project (minus scripts which in legacy projects are not true assets). It is possible to copy and paste assets from one project to another (using the right-click context menu).

However, legacy script projects are quite old. Years ago, assets were imported without file extensions and some metadata might not be available to view in the Inspector panel. So you might want to consider downloading your source assets and uploading them to your new project.

Download the scripts from your legacy script project via the Project Dashboard:

If your legacy project is connected to a GitHub repo, download your scripts from there.

You can now upload the legacy scripts to your new project.

The transferred scripts in your new project will now need to be updated to the current format. Here is an example, showing the legacy format:

And here is the equivalent script in the current format:

To migrate these to the current script format, you would register event handlers in the script's initialize function: 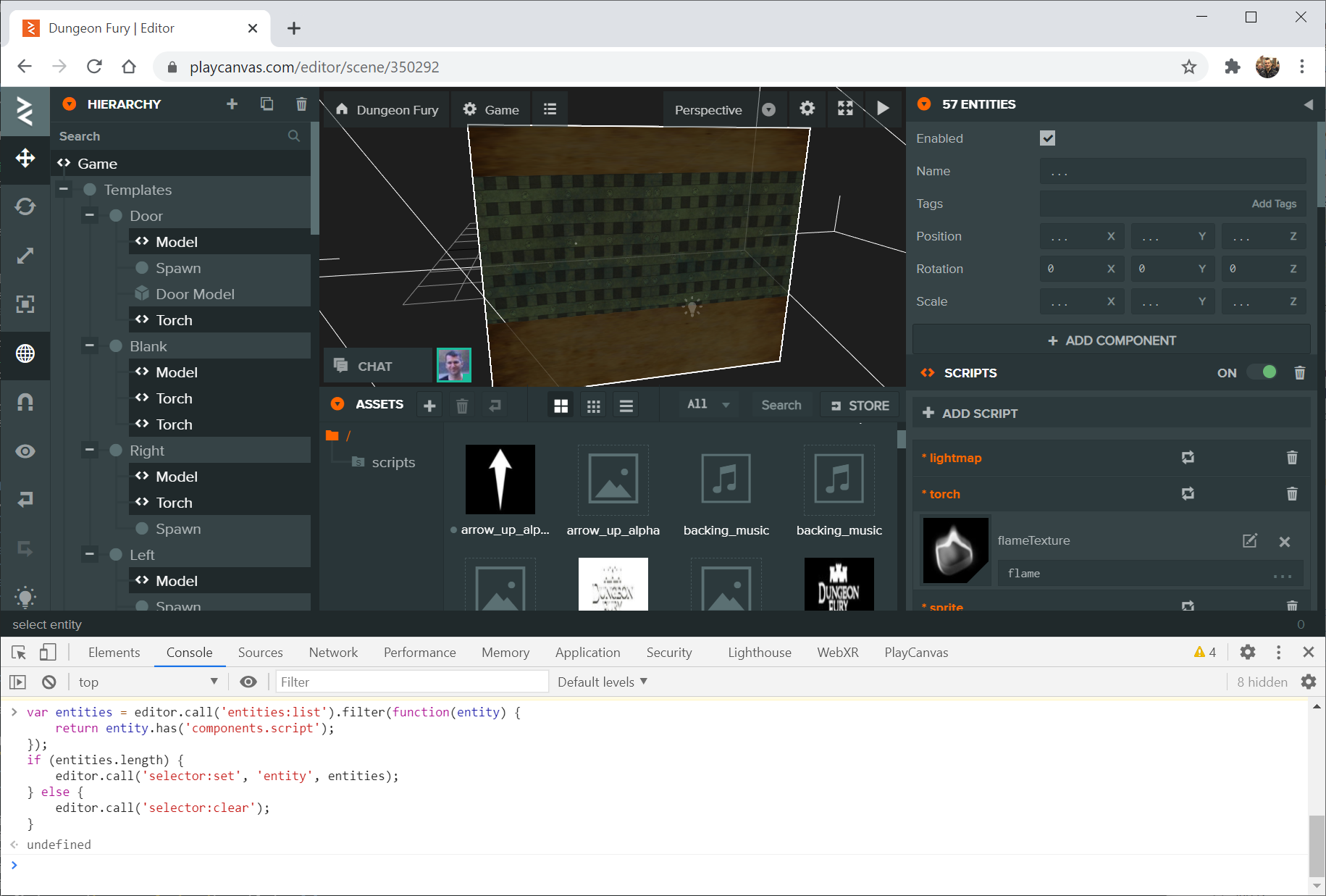 You can then hit the delete button in the Inspector:

Now you can successfully copy and paste your game's hierarchy from the read-only project to the new destination project.

With this done, you can hit CTRL+Z (CMD+Z on Mac) to undo the previous deletion of your legacy script components.

You should now be done with the migration.

This site is translated by the community. If you want to get involved visit this page