In PlayCanvas a merge takes two checkpoints from two different branches, calculates the changes that have occurred since their last shared ancestor checkpoint, combines these changes together (sometimes asking for help to resolve conflicting changes) and finally creates a new checkpoint containing the result of the merging of the two checkpoints.

First, it's important to note that when you perform a merge in PlayCanvas you are not actually merging two branches. You are, in fact, merging two checkpoints. This is relevant because you may have changes in one of the two branches that are more recent that the latest checkpoint. In the case of the branch you are merging into PlayCanvas will automatically create a checkpoint to ensure you do not lose any changes.

Changes Y & Z are not included in merge result C and are lost.

By default PlayCanvas creates a new checkpoint in the destination branch of a merge, so changes Y are included

If changes Z are required, create a checkpoint in the source branch before starting the merge. 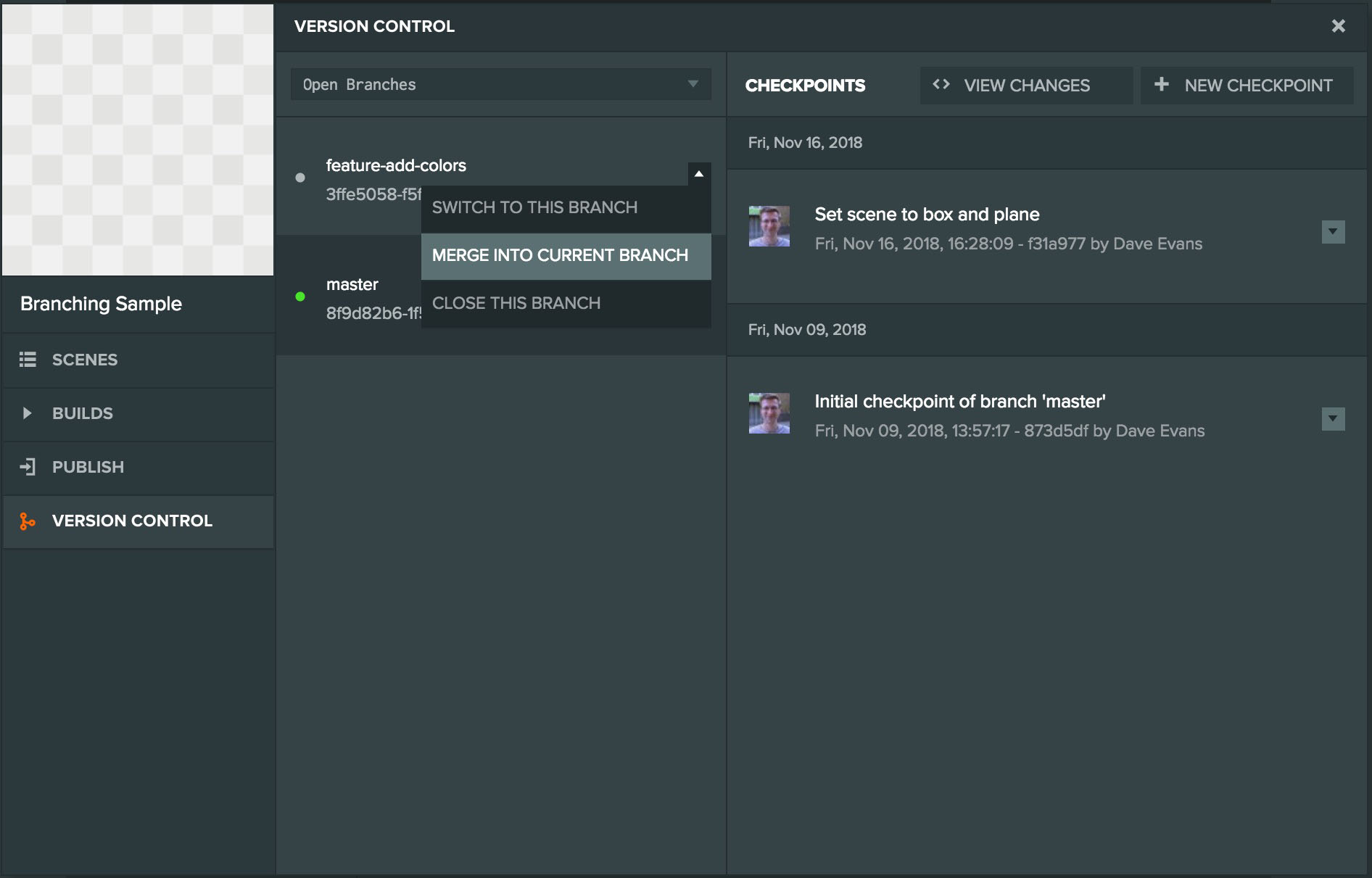 This will start the merge process.

When you merge two checkpoints PlayCanvas will try to automatically merge any changes from the two branches that don't conflict with each other. In many cases, two branches can be merged completely automatically. In an automatic merge once the merge is complete the Editor will reload with your merged changes in the current branch.

If one or more conflicts exist when merging two branches the Editor will show the conflict manager and you must resolve each conflict before the merge can be completed. 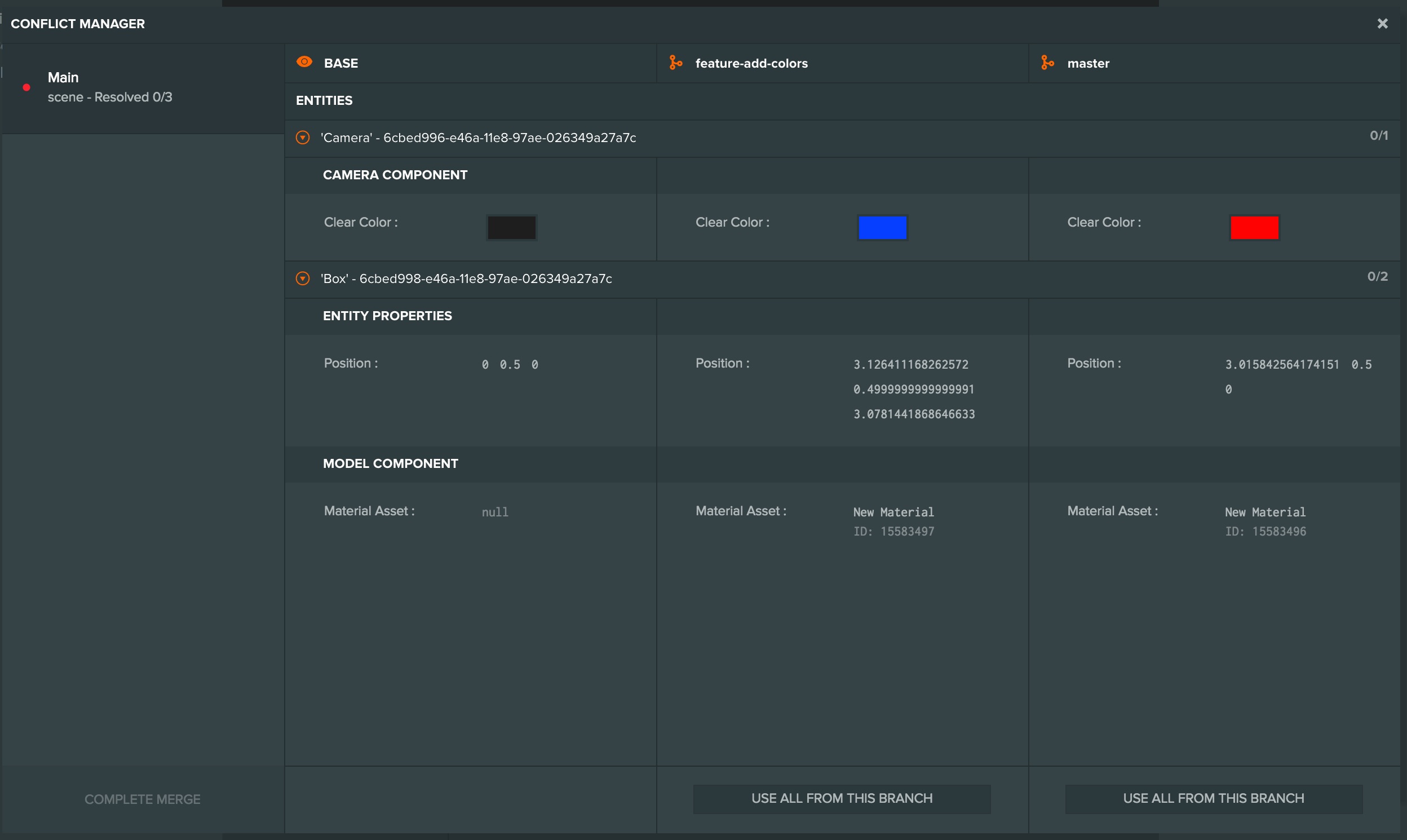 The conflict manager shows each resource that is in conflict on the left, and for each selected resource a comparison between the original version (the Base) and the version in each branch. For each conflicted property you can choose which version to accept. Once all properties for all resources have been resolved you click the "Complete Merge" button to finish the merge and create the new checkpoint. 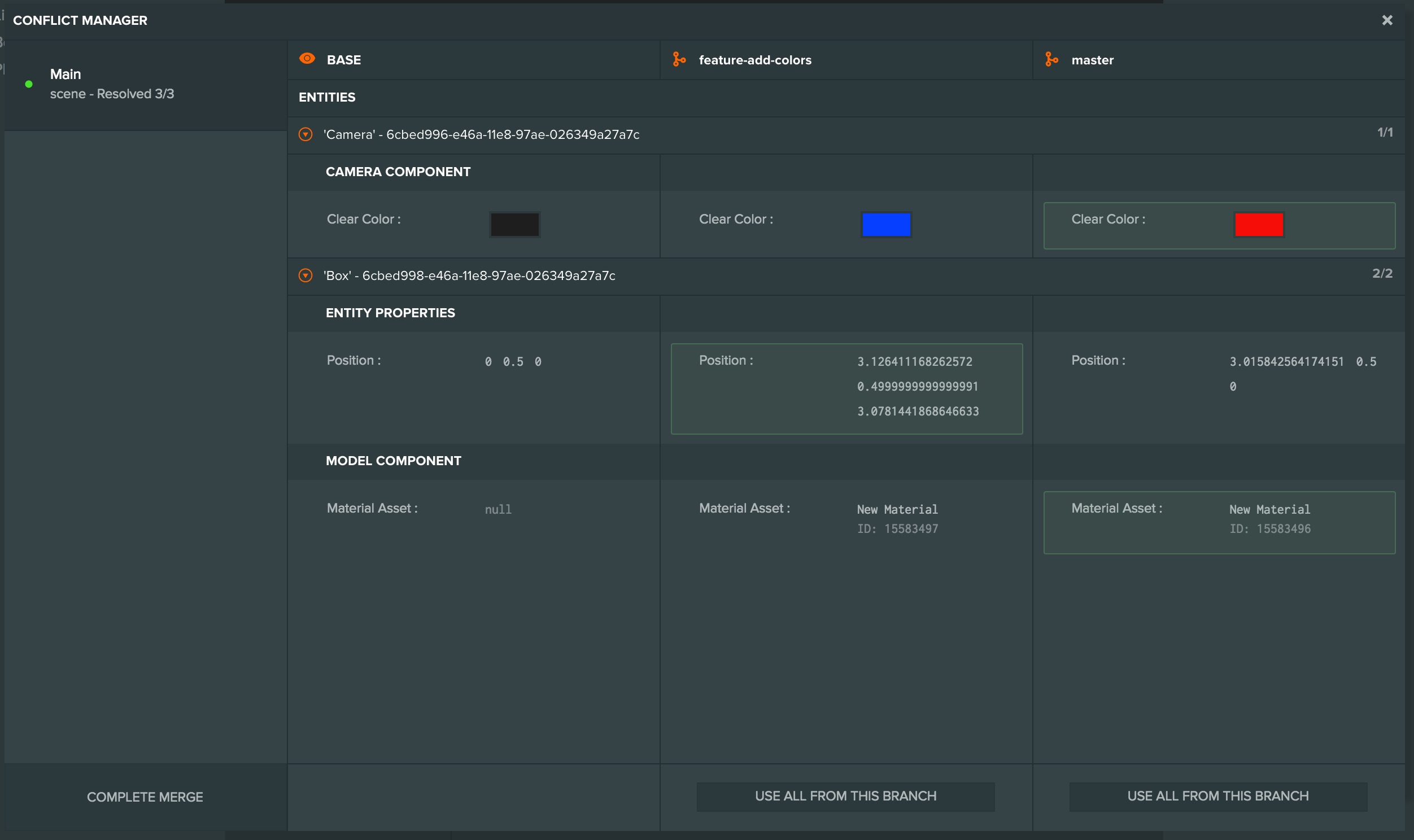 While the conflict manager and the merge is in progress your current branch is locked to further edits from other users. This prevents changes being overwritten by your merge when you finish resolving the conflicts. If another user has blocked a branch you need with a merge, you can forcibly end their merge from the editor.